The stories we hear and see have the power to shape our lives and society. That’s why no matter the genre, our commitment is to create and distribute entertainment with mainstream appeal that gives people hope, Inspires life, and encourages love in the hearts and minds of those watching and listening.

There are funny, dramatic, suspenseful, freeing, romantic, adventurous, great stories to be told, and this is where they come to life!

As a creative team our personal faith influences the stories we decide to tell. The name “East Stream” comes from the prophet Ezekiel’s vision recorded in Ezekiel 47:1-12. It’s an ancient literary work with compelling visual impact for us. It speaks of a stream flowing out from the temple toward the East and the effect it has on all it touches. As Ezekiel wades downstream in his vision, he comes to the place where he can only swim, and from that point, the water carries him along to the dead sea where it brings life and healing to everything it touches.

That vision articulates the desired outcome of the stories we develop, produce and distribute. It’s our desire that as people watch the movies, series and shows we make that they would be better off having done so.

East Stream Studio is a family owned business officially established in 2017 by Stefan Liner and Robin Liner, with a desire to create great mainstream entertainment. Since 2017 the mother and son duo have worked together on writing and producing When Fact Met Fiction, a Web series distributed on YouTube, and in 2019, became award-winning producers on the second season of the show.  Since East Stream Studio’s inception, Stefan and Robin have been developing Movie and TV properties ranging in genre from Romantic Comedy to Suspense Thriller to Western Drama and are excited to begin green lighting these new projects. 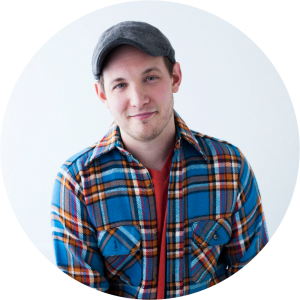 Stefan Liner has been working in the video and film industry since 2013. He began his career as a production assistant at a production company based out of Asheville, NC where he produced, directed and wrote corporate videos, hype videos and TV Commercials. Then in 2016, getting the itch to flex his muscles, he decided to take $10,000 that he had saved up to make the first season of a Web series he created and co-wrote with his mother and business partner Robin Liner. They shot the whole first season (8, 8min episodes) in four and a half days. The first season was released at the end of 2016 through the beginning of 2017. During the Autumn of 2016 Stefan went out to Lucerne Valley California to 1st AD on the Feature Film “Gold Dust”. Upon the completion of that project he came back to Asheville to begin pre-production for a second season of “When Fact Met Fiction” which was filmed in the Summer of 2017 and released in the autumn of 2018.

Stefan looks forward to seeing East Stream Studio embark onto bigger and better projects in the coming years and is committed to see its growing inventory of “great stories” get produced and distributed world wide. 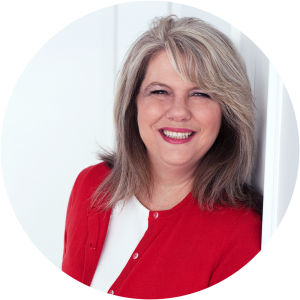 Robin Liner grew up in the East Bay Area of California. She and her friends would pass their free time by taking trips into San Francisco to see plays and concerts. This sparked and catalyzed her interest in and dedication to writing at a very young age. When numerous doors began opening for her in the music recording industry, her achievements and interests in writing for film and stage were sidelined for early careers in songwriting, singing and recording. By age 19, under the nom de plume Robyn Pope, she had recorded two solo
albums then distributed by Benson Music Group, Nashville, TN.

Jump ahead several years – Robin had settled down to raise a family with her husband Jay and had turned her attention back to what she really loved – writing stories. Since 2005 she has written two children’s books, written/produced/directed two one act plays, completed three screenplays (one of which was a semi-finalist for the Kyros Prize) and written/produced/directed several shorts and two seasons of the webseries When fact Met Fiction with her son/business partner Stefan Liner. 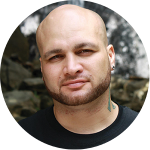 Interested in seeing the Pitch Deck and Script for Eddie Gets A Drone? All you have to do is fill out and submit the form below and we will get the process started. Please note that prior to being given access to the Pitch Deck and Script for this project you will be required to sign a non-disclosure agreement. Thank you for your interest in Eddie Gets A Drone.

Interested in seeing the Pitch Deck and Script for Branigan Brothers? All you have to do is fill out and submit the form below and we will get the process started. Please note that prior to being given access to the Pitch Deck and Script for this project you will be required to sign a non-disclosure agreement. Thank you for your interest in Branigan Brothers.